I’ve been trying to write this post for weeks now, and it seems to be coming out on Thanksgiving. Which makes sense in some ways, and is embarrassingly clichéd in others. Forgive me this, and forgive me my working this out out loud.

So this is a thing I should have been saying out loud before, and in saying it out loud I recognize in the saying that my “insights” are slim. But if I don’t say them out loud, I can’t build on them. So I lay them out here, slim and self-evident though they are. This is the start of a project, not a conclusion.

This is about privilege, my privilege, and really looking at it for the first time in new ways.

This has been a year where the public conversation has asked people with privilege (racial, class, sexual orientation, gender, geographical) to look harder at that privilege. That request has been going on for decades, but the chorus is, in 2016, louder, irrefutable.

Through the summer and fall of Black Lives Matter, I’ve been reading people like Te-Nehisie Coates, and Luvvie Ajayi. Trying to listen to calls for white people to not just be silent.

I have been thinking a lot this year about how it’s been relatively easy for me to have “the right politics” around race, class, xenophobia, but to hold that with the privileged space of detachment. Opinion, not inside.

This year, I started to feel real shame about that detachment. The #BLM movement (and the backlash) was part of that, but more specifically, for me, the calls to action in the Truth and Reconciliation Commission. As a non-American, I could hear Michelle Obama’s speech about the White House being built by slaves as searing and resonant, but it doesn’t feel like “my” story. The Truth and Reconciliation Commission points directly to a story that IS mine, that is my actual ancestors, people whose names and dates I know and whose DNA I have in my body. The tree full of people named Seguin, Desmarais, Piché, Chaput, Dumouchelle, Bois-Doré, Tremblay, Chauvin, Laderoute, Campeau.

A couple of weeks ago, I facilitated a major forum on Indigenous health for the Canadian Academy of Health Sciences. Many of the Indigenous scholars began their talks at the Forum with images of their families. Their ancestors projected above them, watching.

I started to think hard for the first time what it means to have your ancestors “watching,” to hold the past as in the present. To really feel what it means to be in conversation with the ones who came before you. To recognize that if you actually hold that ancestry as part of you — part of your DNA — you need to also hold the conversations and actions of your people as still alive today. Not to distance yourself from “that was the past,” but to recognize that in owning your past, you have accountability in the present.

This seems shockingly self-evident, but the images of actual people above the Aboriginal scholars gave me a felt sense of that reality in a new way.

I have mental images of the people who came before me — Jeanne Petit who came as a 15 year old Fille du Roi in 1672 to Canada to marry the unseen soldier Francois Seguin, Genevieve Bois-Doré who moved with her husband to the “unsettled” Detroit area in the early 18 c. I attribute a certain kind of courage, resourcefulness, robustness, resilience to these people who made farms out of forests. And that is all true. But — to my shame — in thinking about those stories, I have rarely engaged with thinking about these people in relation to who was already on those lands. What those conversations and interactions were like. And what I can learn from that.

One of the Indigenous scholars at the Forum in September, Charlotte Loppie, was interviewed on Sunday Edition on CBC a month ago and described structural inequality in simple, compelling terms.

At the Forum, I told her how effective and important I thought that interview was. She thanked me and said “are you non-Indigenous?”

“Mostly I get feedback from other Indigenous people,” she said. “What’s your ancestry?”

“You’re not unIndigenous,” she said with a wry smile. “Even if you don’t have Indigenous ancestry — which is rare for French Canadians — you’re tangled in it.”

So how do I untangle that, and what is the meaning of Truth and Reconciliation in this context? What assumptions am I carrying from those ancestors who were told by the King of France that they could just take this land, and how are those assumptions continuing to live in the way I participate in or perpetuate structural inequity in this moment in 2016? Not just in an indigenous context, but in all the intersectionalities where my white, western privilege means I can choose to remain distanced from the swirl of bias and racisms all around me.

In my work, there are some direct things I do about access to health for “marginalized populations.” I’m writing the summary paper from that Forum on how to transform the fundamental paradigms of health research with indigenous communities to recognize that change needs to be driven from and by Indigenous knowledge and communities, not external evidence/expertise. (What one speaker referred to as “the unfinished business of Confederation.”) But more than that, it’s about making it my business to join conversations that aren’t “mine” — from the simple act of trying to get my condo board to make this building more physically accessible to actively speaking out against the BC government’s rampant, ongoing stealing of Treaty land to feed their quest for liquified natural gas. To contribute my privileged dollars to Black Lives Matter, and to really listen to those voices.

This is the start of a question to own differently for me, not an answer. But there’s something in this year, in the polarization of the public discourse, that makes it impossible for me to ignore that truth and reconciliation are everyone’s role in this country.

I had two separate conversations in the past month about the Toronto District School Board’ new policy for every school day to begin with an acknowledgement of the traditional and ancestral lands of Aboriginal peoples. This is fairly novel for Ontario, although it’s not uncommon in other parts of Canada. My two friends were a bit questioning of this as glib, as lip service without real change. But I see it a little differently — I think we do need to interject this punctuation into our daily lives to shift our habits, to dislodge our assumptions.

One of the speakers at the Forum used the term “I’m an uninvited and grateful guest on this land.” There is an excellent interactive map that indicates the First Nations group whose land we are standing on. My home seems to be on the lands of the Haundenosaunee (Iroquios), Ojibway/Chippawa, Huron-Wendat, later ceded in a treaty with the Mississauga. My ancestors were mostly from the Windsor/Detroit area, among the Haundenosaunee (Iroquios), Ojibway/Chippawa, Potawatomi and Miami. There’s more to read about these stories, more for me to understand than just these names. 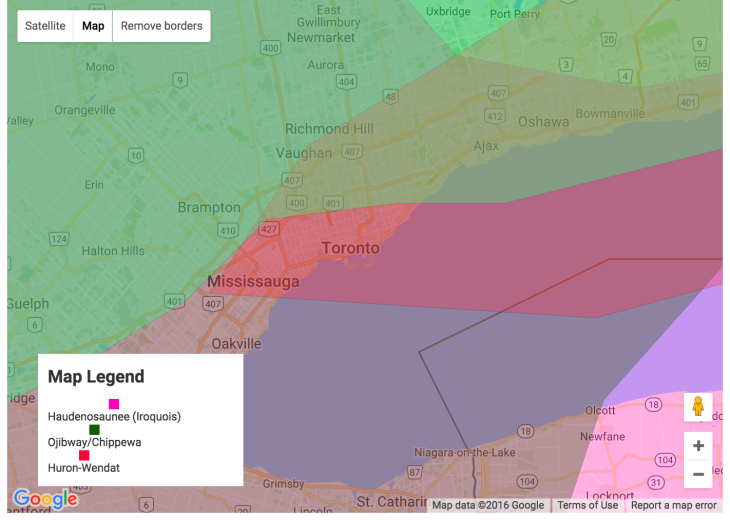 Last night, I asked my guests to pause at the beginning of our Thanksgiving dinner to acknowledge the people whose land we are on. I felt self-conscious about it. But it changed the way I felt about the community I was in. An acknowledgement of a question and a responsibility to engage differently. A start.

View all posts by fieldpoppy

Little swimming oasis in a city park #split #adriatic #cycling
Rooftop
All the #seacreatures and a cat name Lucija. The best meal I’ve had in Croatia yet @konobakorta
I have stayed in hotels in more than 60 countries and I have never had better service than from Lucija at @presidentpantovcak. Last night I idly asked if there was any chocolate around and today I came back to find this on my bed.
Had to go to the intriguing @brokenships museum of broken relationships. Postcard stories and relics of relationships of all kinds
A fish in #zagreb 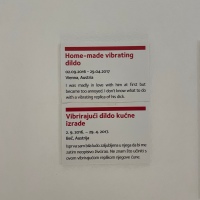